If you love Dick Van Dyke as much as I do, you'll love him even more when you realize he is a Halloween addict who hosts a yard haunt. At his home in Malibu. The clicky link to see the pictures, video and read more about it is here at disneytravelbabble.com

And apparently, Dick instilled that love of Halloween decorating into his son Barry Van Dyke, as he had a yard haunt in Agoura Hills, CA. for many years.


In turn, Barry passed the addiction on to his son, Carey Van Dyke, who has a haunt at on  Evanwood Ave., Oak Park, CA. Changing themes each year, this actor and screenwriter who specializes in horror films  has done a zombie apocalypse haunt and a demented clown haunt, and borrows pieces from the movie studios. His latest venture is The Watching Hour, a screenplay which he co-wrote with his brother Shane about a home invasion with aliens. Carey has four children, so his love of Halloween may create a 4th generation of home haunters; we just have to give them time. Creating This Life is a blog by Carey's wife Anne revealing how hard they work to put on the haunt;.

Incidentally, Shane directed A Haunting in Salem, due out on DVD in August. 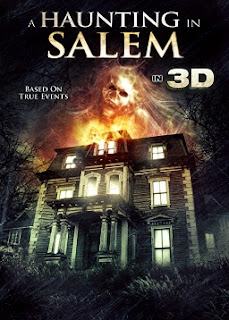 It was filmed up the street from my work, at the beautiful Mansion Adena at 341 Adena S, Pasadena: 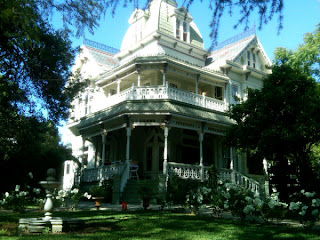 which was built in 1886. It's very private now, with a tall hedge all around the wall you see in this old picture of it: 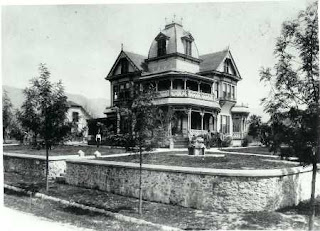 Dick Van Dyke recently became a first-time author at age 85 with his memoir, 'My Lucky Life In and Out of Show Business.’ 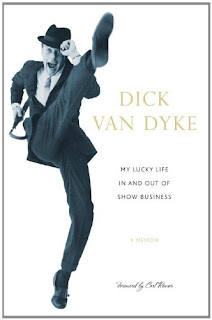 I haven't read it yet, but in it he may discuss his 30-year relationship with Michelle Triola Marvin. You may remember her as being involved in the first palimony lawssuit, against actor Lee Marvin. Sadly, she died of lung cancer in Dick's home the day before Halloween in 2009.
Conjured up by trickortreat at 4:06 AM

Blog Archive- dig into our haunted past

Clicky-links to more o' the same:

trickortreat
Some say she lived in a land of enchantment, dancing in a moonlit garden while two dogs, a cat and many finches watched spellbound. Gothic gardening was her passion, until the green vines wove around her neck and tightened.

What day is it?

What time is it?